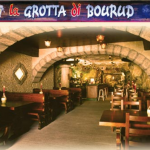 The legend tells that … …Cournud Bourud was the only French soldier who survived after the war that took place on the Mount Assietta in 1740/1750. He hid himself in a cave on Mount Genevris and lived as an hermit talking only to animals. One day he moved to the village but, after a short Leggi tutto →